In the beginning, The Creator manifested Genesis or Generation One, the first mortals made in his image. The Creator’s primary purpose for the Genesis Bloodline was straightforward. They would document his teachings and safeguard these secrets within the Gardens of Eden. Their sacred knowledge was to be hidden away from all other future Bloodlines.

It is rumored that curious travelers seeking The Creator's ancient knowledge often disappear without a trace. Chilling tales about the Genesis have been passed down throughout the ages. They don't seem to age, are intelligent and liberated souls, and are stronger than an average mortal. Every story about the Genesis carries one grim similarity: they perceive all other mortals as inferior beings and therefore do not tolerate their presence.

After being cast out of the Gardens of Eden due to their rebellion, the Genesis now live in a garden cityscape named Eden’s Genesis. They enjoy a simple lifestyle, isolated from all other Bloodlines. Yet, if the survival of their kind is at stake, the Genesis will interact and trade with outside communities. 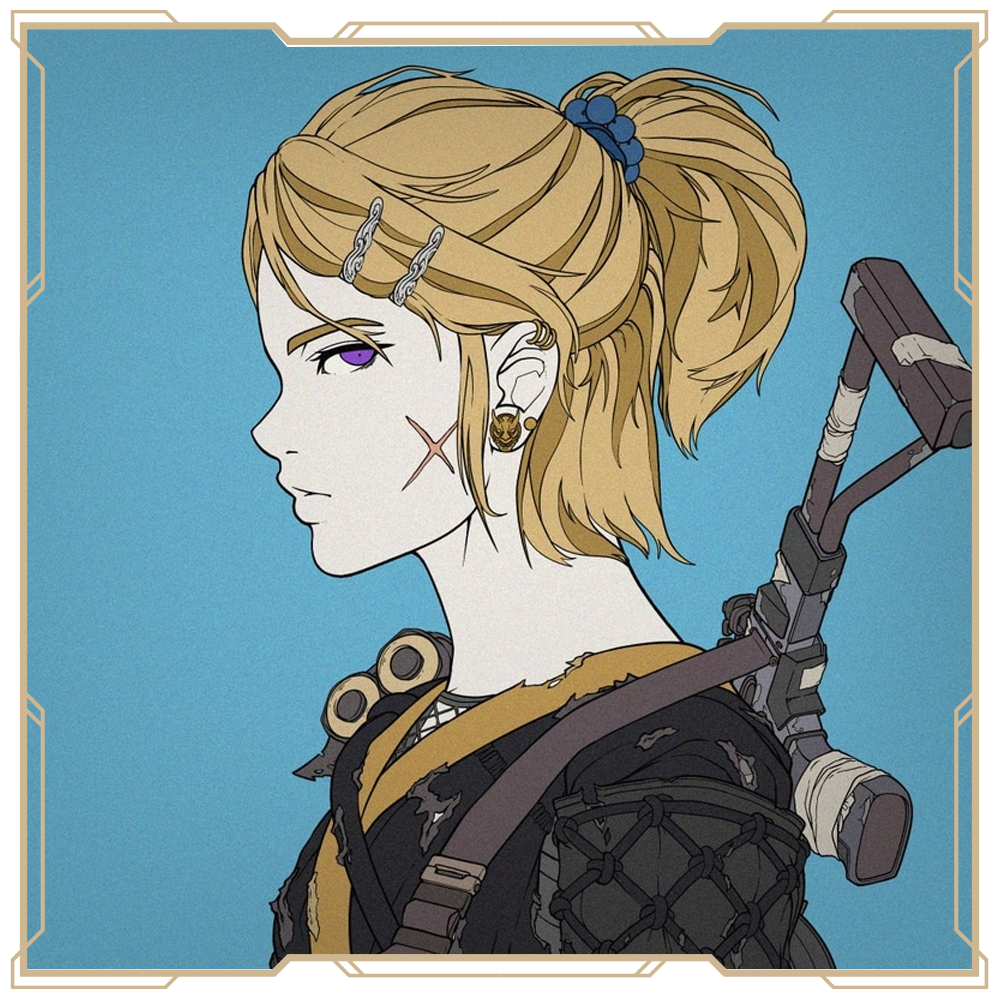 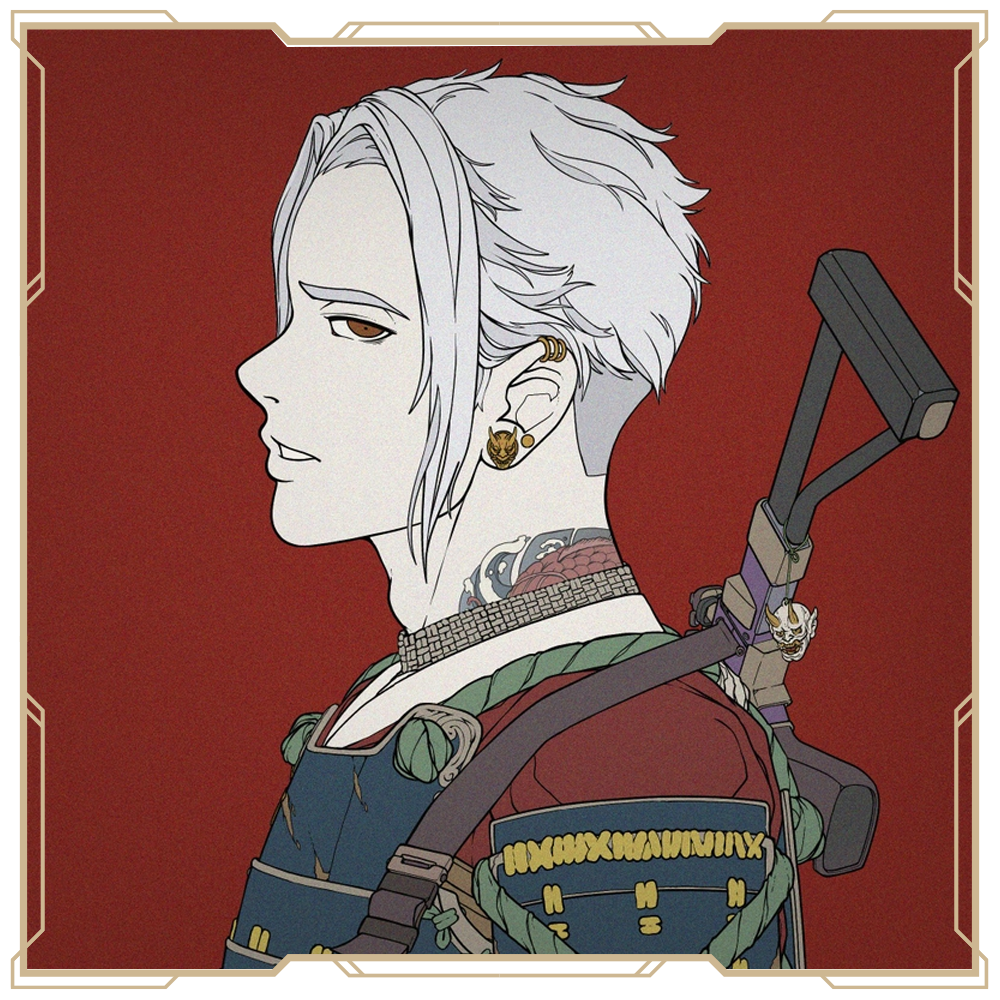 The Agarthians became the second mortal creation. Unlike their predecessors, the Agarthians were capable of complex emotion and reproduction.
They were given the task of molding the physical plane of existence to how they saw fit. But many Agarthians believed the surface was too beautiful to disrupt. This belief soon began to tear their civilization apart. What followed was a great fracture.

Agarthians who maintained their namesake built a vast underground nation that has remained steadfast and self-sufficient to this day. However, Agarthians in disagreement with this ideology became known as two separate factions in the surface world: the Atlanteans and the Songhai.
The Agarthians who chose to stay within the Inner Earth remain relatively unknown. They keep to themselves in a vast underground community, bitter towards the others who chose to defile the gifts of the surface world. 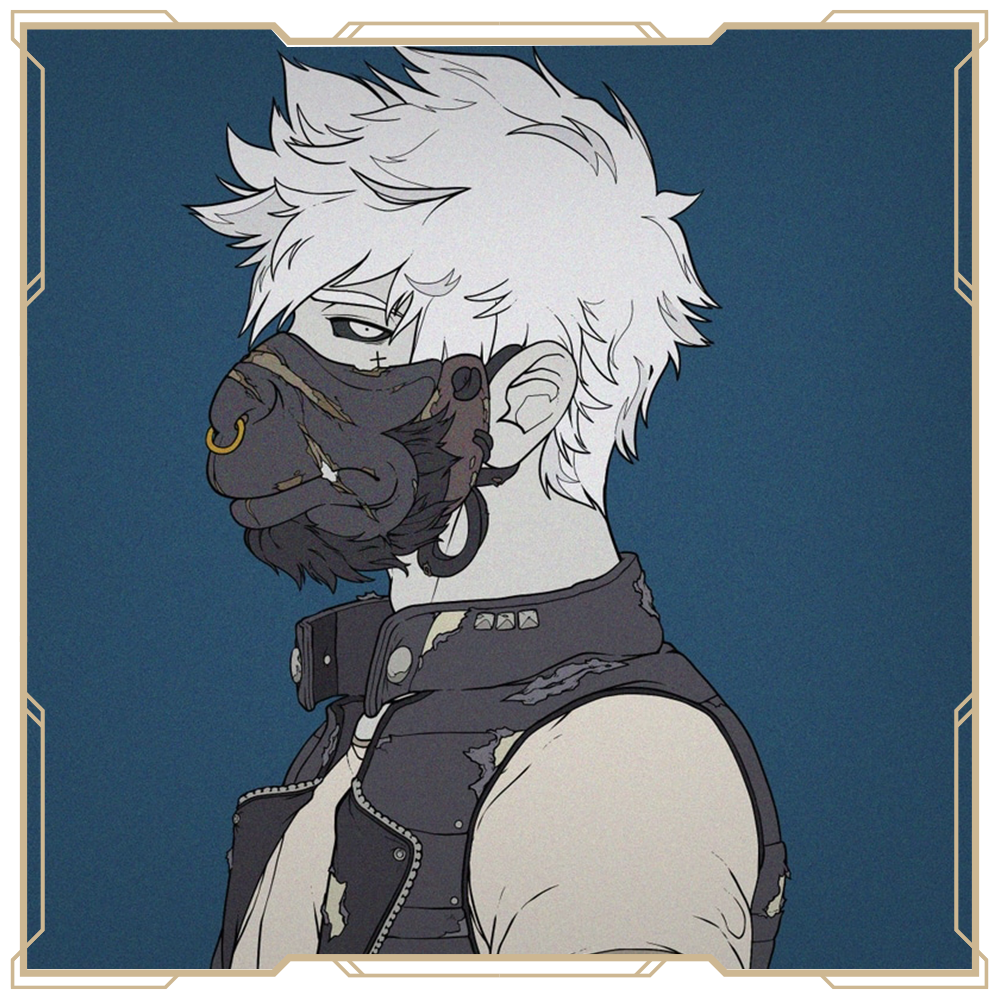 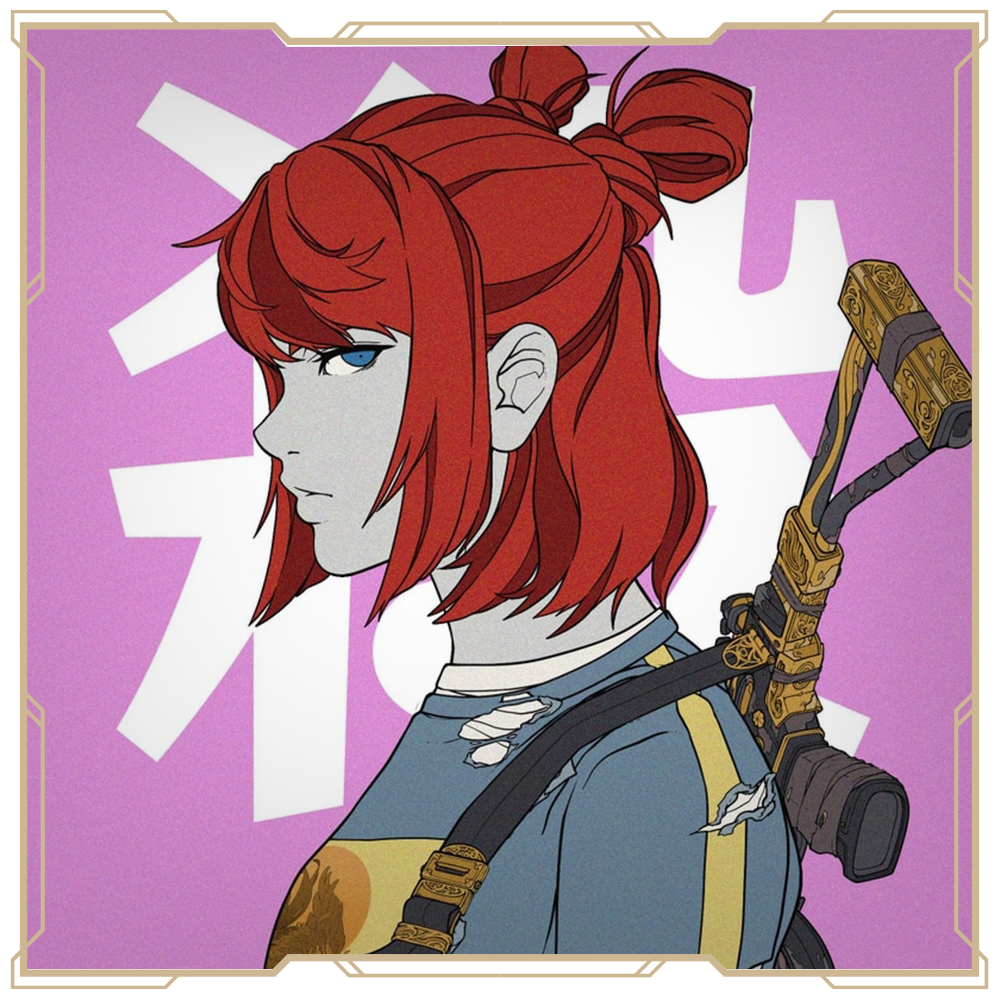 The most diverse Agarthian faction is known as the Songhai. They are a nomadic people, who are driven by the ambitions of new and undiscovered experiences. The Songhai traveled the world, making homes in every terrain and adapting to every community.
‍
The Songhai are the working class, the entertainers, and the adventurers among the mortals. The Songhai are well known for their merchantry, trading by both sea and land. They specialize in both rarities and essential goods for which all of civilization depends. Experienced as cartographers, they have created maps documenting the landscape of the known world.
‍
As the Songhai’s influence grew across the lands and seas, they diversified, creating a network of powerful self-governing communities. This decentralized system of Songhai states discovered countless technological advancements, living in what seemed to be a permanent state of cultural progress. Their momentous advancement was eventually ended by one event: The Great Flood and the years of storms that followed.

The untamed entropy of creation sparked divine controversy. Mortals were given an ultimatum; band together in harmony or suffer dire consequences. Many were attached to the life they led, and this request was inevitably seen as impossible. Prayers to negotiate with The Creator fell into a bottomless void of silence. The Bloodlines failed, and a great flood washed through all of creation. The great civilizations of the Agarthians and the Songhai were devastated, while the Atlanteans became largely skeptical of land-dwellers and their involvement. After many years of storms, the floodwaters eventually dried up. The original Agarthians quickly rebuilt their underground civilization while the Songhai split into six factions. The floodwaters had naturally separated these villages into different parts of the surface world. The remaining original Songhai became purely nomadic, and five new factions arose respectively in their new environments. The Celts in the tundra, the Nubians in the grasslands, the Egyptians in the desert, the Europeans in the wetlands, and the Mongols in the mountains. For each Bloodline, one Demi-god arose from the subsiding storm waters to guide and protect their people. These powerful beings maintain a divine connection with The Creator and use it to propel their respective Bloodline forward. The Demi-gods personify the essence and beliefs of each of their Bloodlines. These beings are known as Ethereal Monarchs and make up the Divine Tribunal, a consortium of final mortal judgment. During this time, The Creator neglected his first creation, the Genesis. Overcome with jealousy, the Genesis fell from their divine existence and have since been forced to settle among mortals. The first two Genesis, a male and female pair, arose as their Bloodline’s Ethereal Monarchs. They work to guide the Genesis back to the liberation their culture once knew so well.

The balance of creation rests on all mortals equally through proper guidance from each of the 10 Ethereal Monarchs. Civilization was made aware that the balance of overall creation was in their hands. As such, only at the final judgment of the Divine Tribunal would all of creation endure large-scale cleansing again. 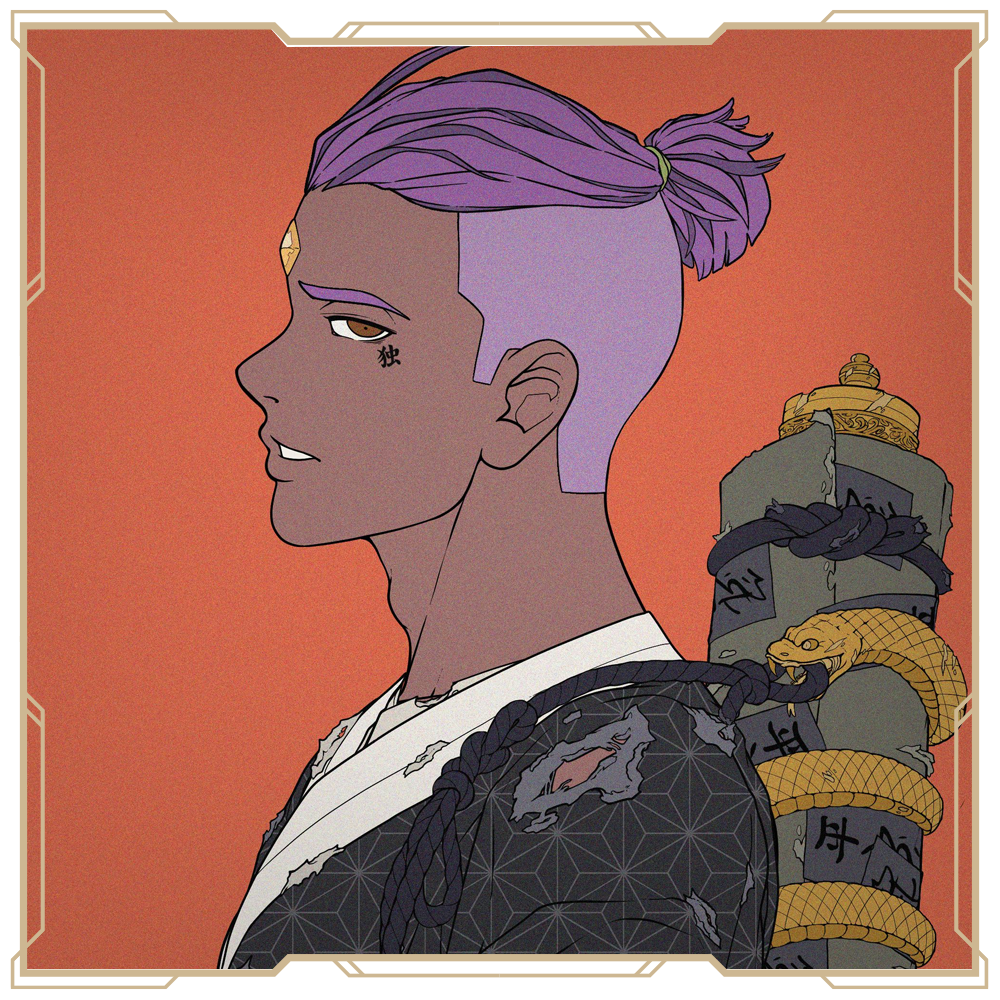 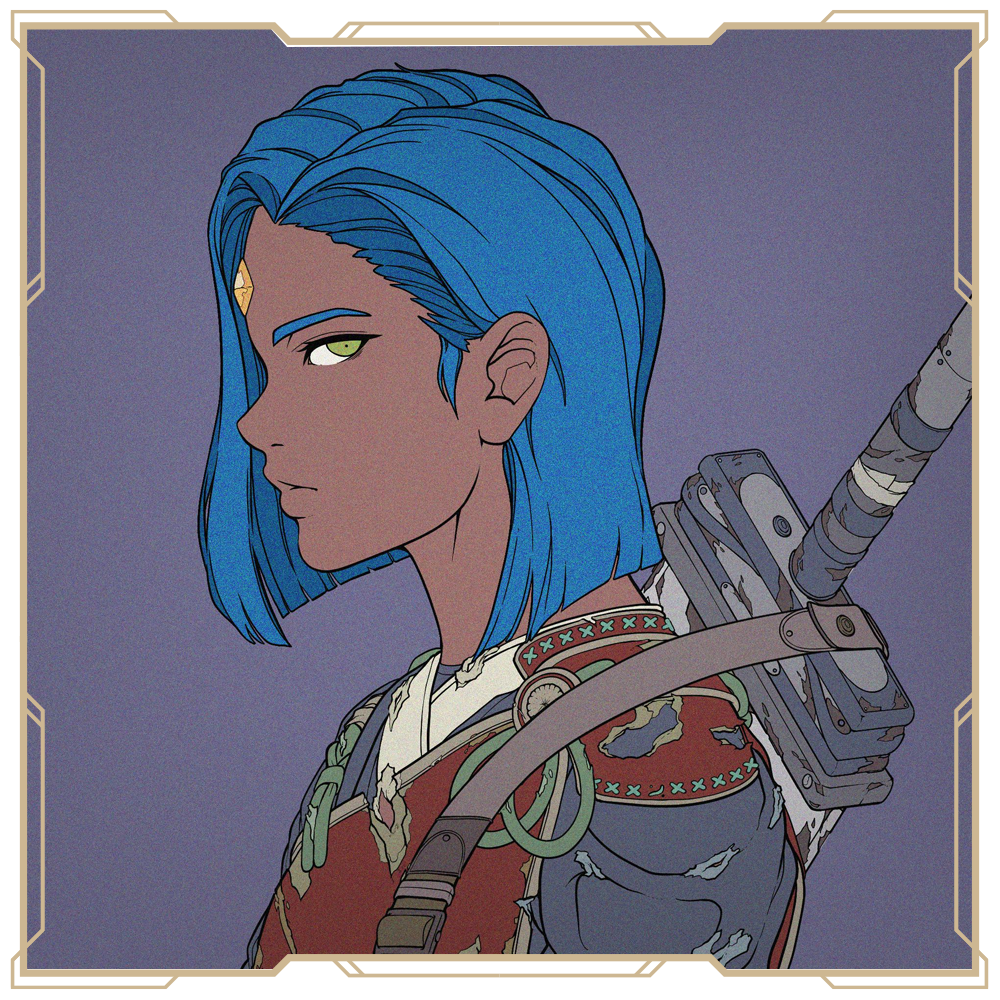 As the Agarthian civilization fractured, a faction arose that tamed the cruel seas and harnessed their power. This Bloodline is known as the Atlanteans.
‍
The Atlanteans saw a mysticism in the flowing water of The Seas. This hypnotized them with purpose. Over generations, Atlanteans made The Seas their home. Lifetimes at sea caused their Bloodline to undergo physical change, increasing their natural strength and lung capacity. Slowly they adapted further, growing scales, gills, and eyes to navigate dark underwater environments. Ages of this physical evolution allowed this Bloodline to create far-reaching and diverse underwater civilizations.
‍
Atlanteans are the sentinels of The Seas. Activities in The Seas are within their jurisdiction, where they have commonly practiced taxation of the shipping trade and defense of their underwater ecosystem. 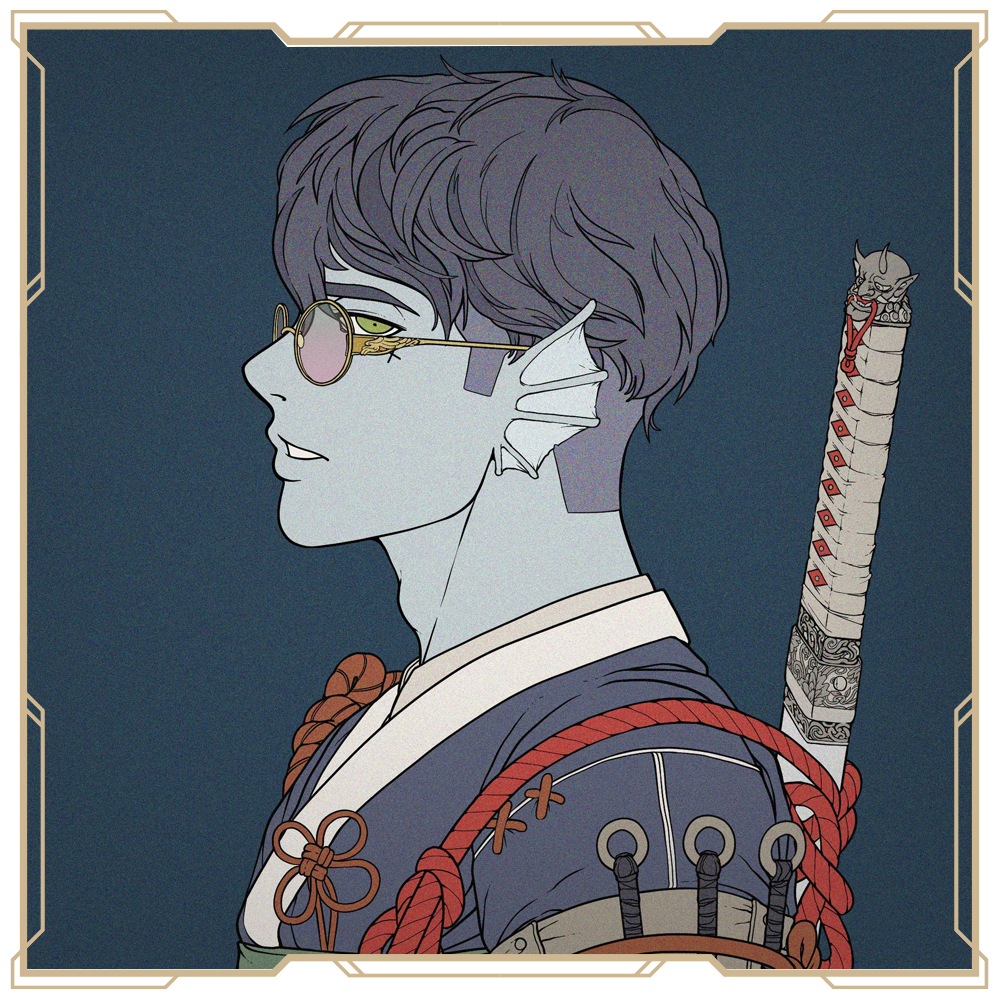 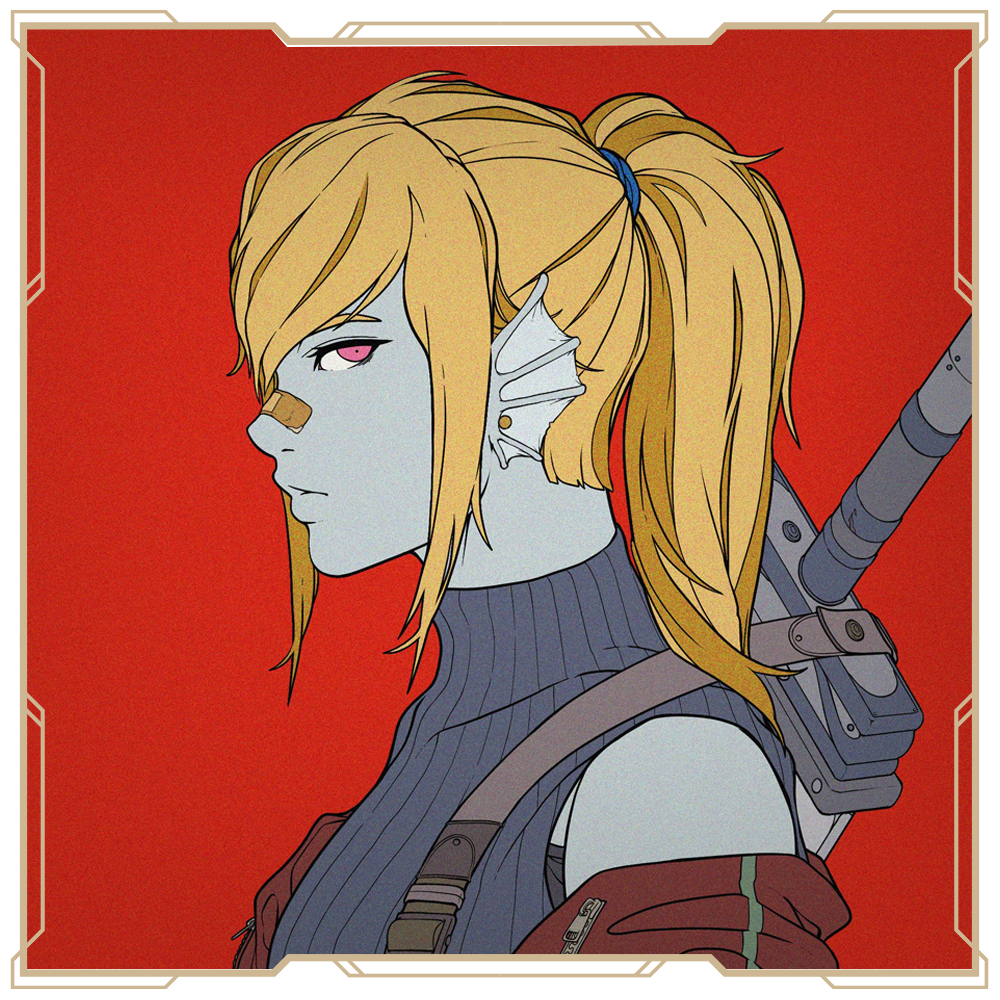 Some Songhai, curious and ambitious to understand the past, present, and future, found wisdom. This Bloodline became known as the Nubians.
‍
The Nubians are unparalleled scholars. They have built stone towers that stretch to the heavens, open to all, with only the highest floors being reserved for their private libraries. Nubians are on a constant mission of discovery, seeking to understand the secrets of the world around them through erudite experiments and exploration. Nubians are well-traveled, continually documenting Bloodline cultures and acting as diplomatic leaders for all.
‍
The Nubians can speak all known languages, are endlessly diverse and well-formed in combat tactics, and boast the highest precision of engineering skill. They have diligently researched and implemented optimal agricultural practices from all other cultures, making them the authority on cultivation. They are a nation open to all Bloodlines and, as such, are known as peaceful teachers who often invite ambitious scholars across the land to their prestigious towers. 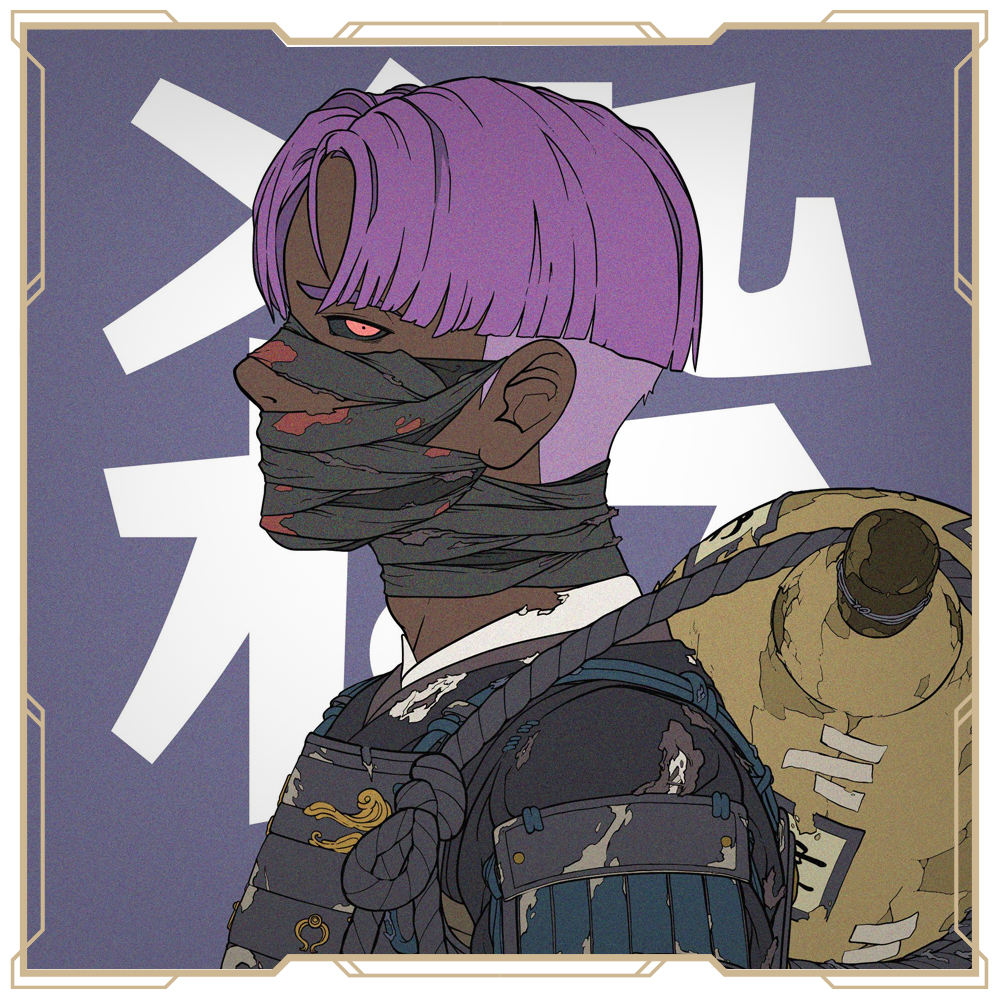 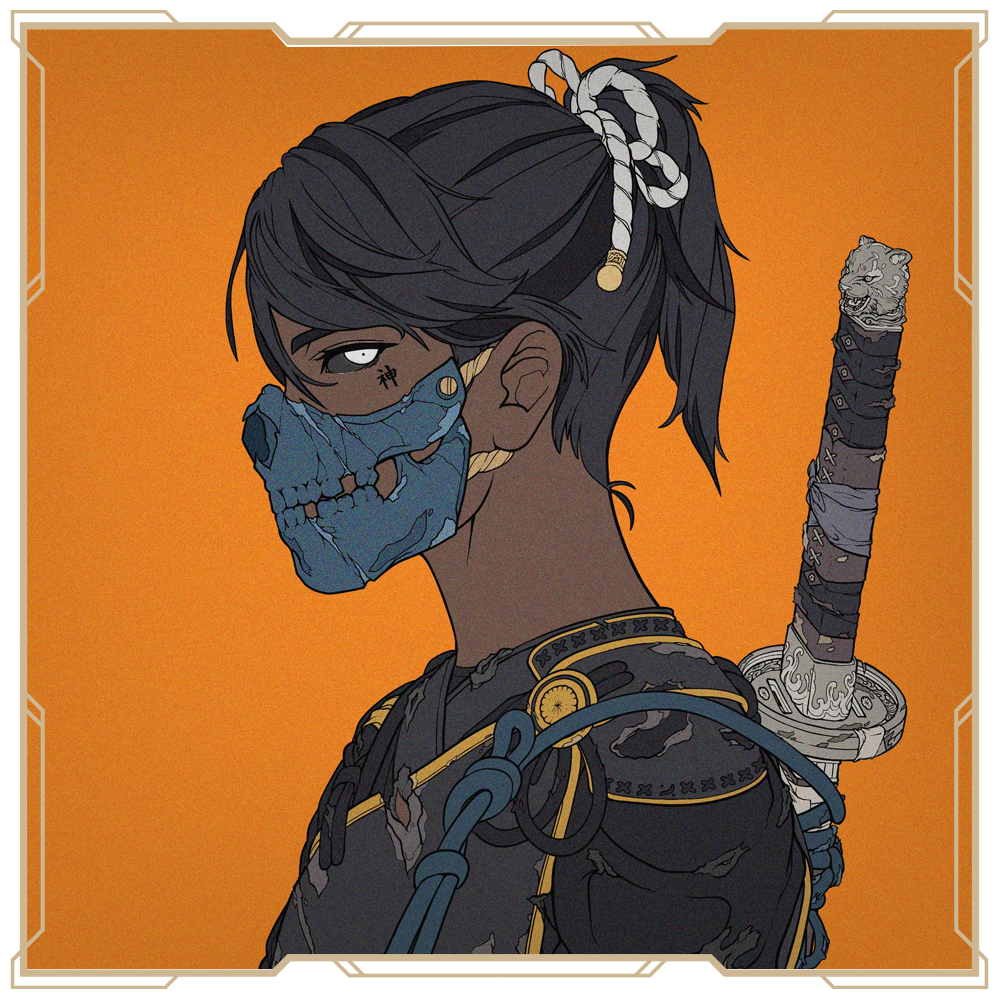 The Songhai of the Northern Tundra, who survived many cold winters, became known as the Celts. They are strong and fearless warriors who take orders from no man.
‍
The Celts are expert survivalists and skilled fishermen. They have grown to be one of the heartiest and most feared of the Songhai. Celts believe that nature tests all life, and only the strongest can survive. It is common for Celts to venture to neighboring civilizations and test themselves in combat against the strongest warriors in the land. Celts who survive this practice return to face their brothers and sisters. Confronted with vicious trials, their allegiance must be tested before being allowed back into the homeland.
‍
For this reason, the Celtic nation is one shrouded in mystery; only the strongest warriors from different Bloodlines dare approach their communities. Those that survive rightful passage dare not share their experience for fear of retribution. 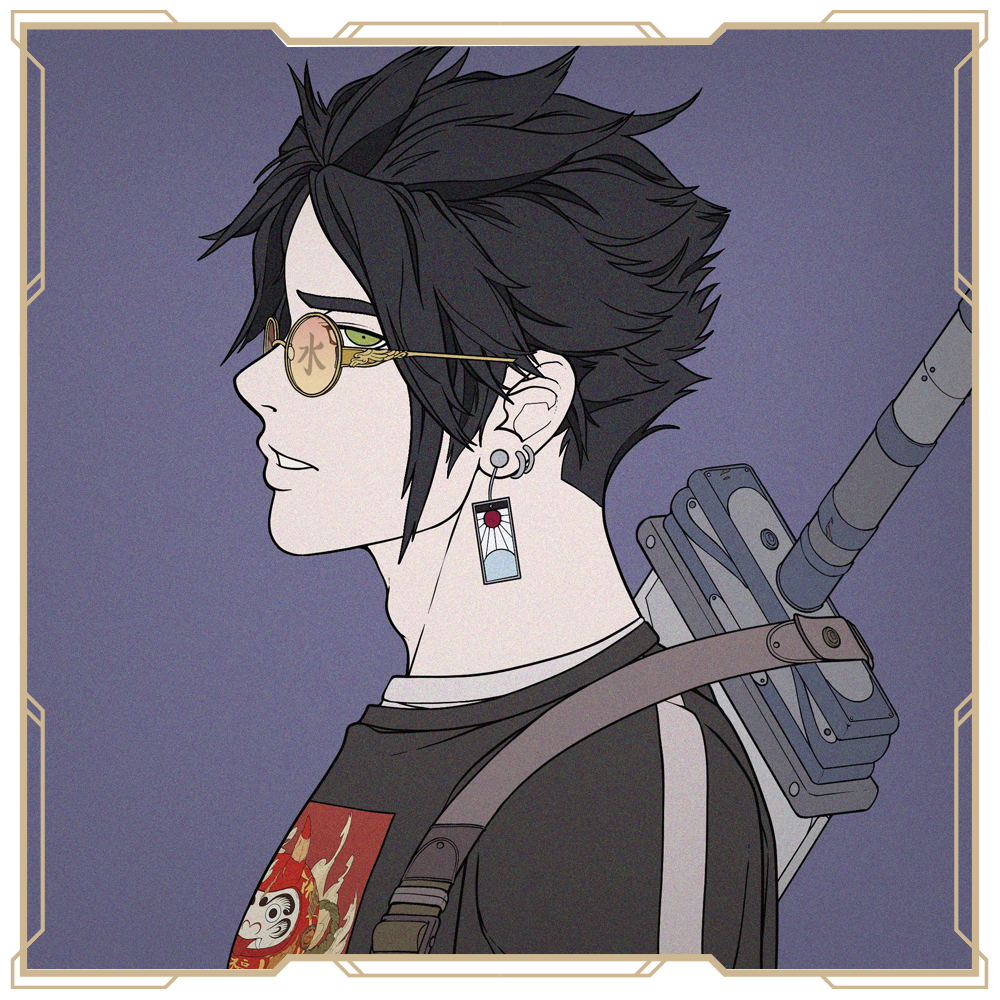 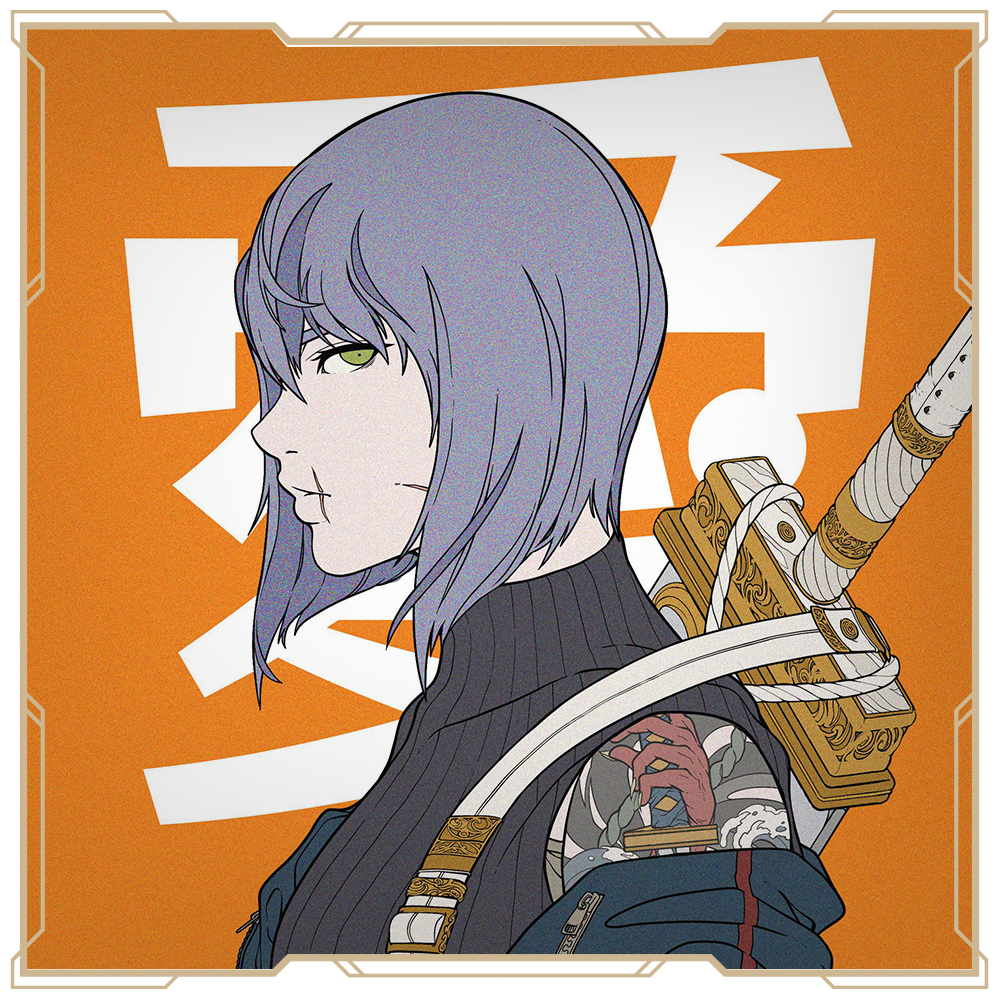 Those Songai lost in the deserts found mysticism unlike any other. This Bloodline became known as the Egyptians.
‍
Egyptians are a ruthless Bloodline known for manipulating divine life forces in search of wealth and power. Their civilizations are composed of giant technologically advanced tombs designed to attract and accumulate life force from the ether. These structures allow for connections to the afterlife. Many cultures come here in search of their dead ancestors, but only the most wealthy and diplomatic have found this honor. Rumor circulates that opportunities exist to trade one's own life force for this honor, but all documentation of this is unconfirmed. Many communities have grown to resent the Egyptians and their powers over the dead, condemning them for meddling with divine forces.
‍
The Egyptians are of sly intellect, often practicing arcane rituals on the dead of other Bloodlines to uncover valuable memories, further advancing their lust for money and power. 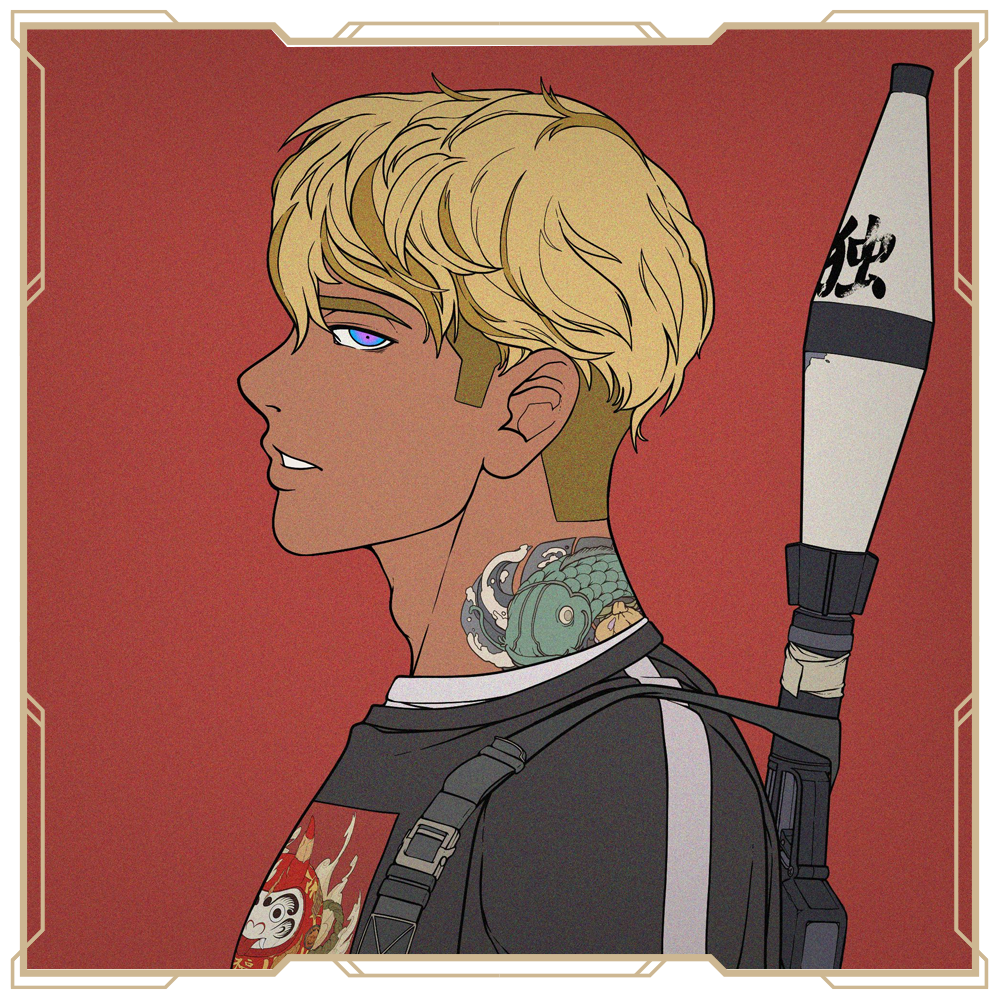 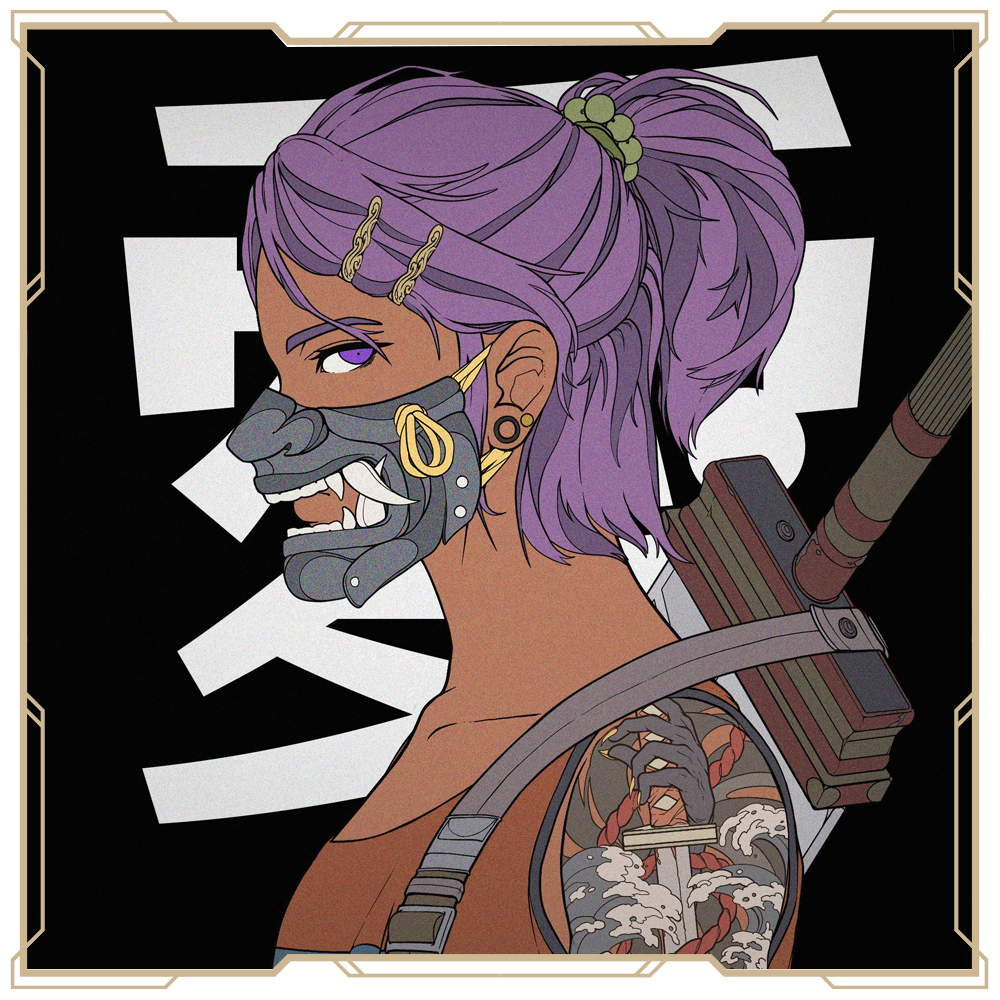 Those Songhai who sought fairness and equality for all became Europeans.
‍
The Europeans are known throughout the land to be great equalizers of conflict. Their complex court system is where most diplomatic disputes of the world are settled, as all Bloodlines are invited to take part. Europeans, however, are known to over-analyze situations and only grant clemency when a majority of their court deems fit. Their elaborate discourse has failed many negotiations due to bureaucratic inefficiency and over-complication. This inability to act promptly has led to the unjust destruction of the undeserved and innocent.
‍
Aside from being overseers of diplomacy, Europeans uphold their fundamental values and teach their people basic combat, technology, and magic. Imparting this basic knowledge has led citizens to enjoy an egalitarian community fearless of the uncertainty prevalent in the outside world. 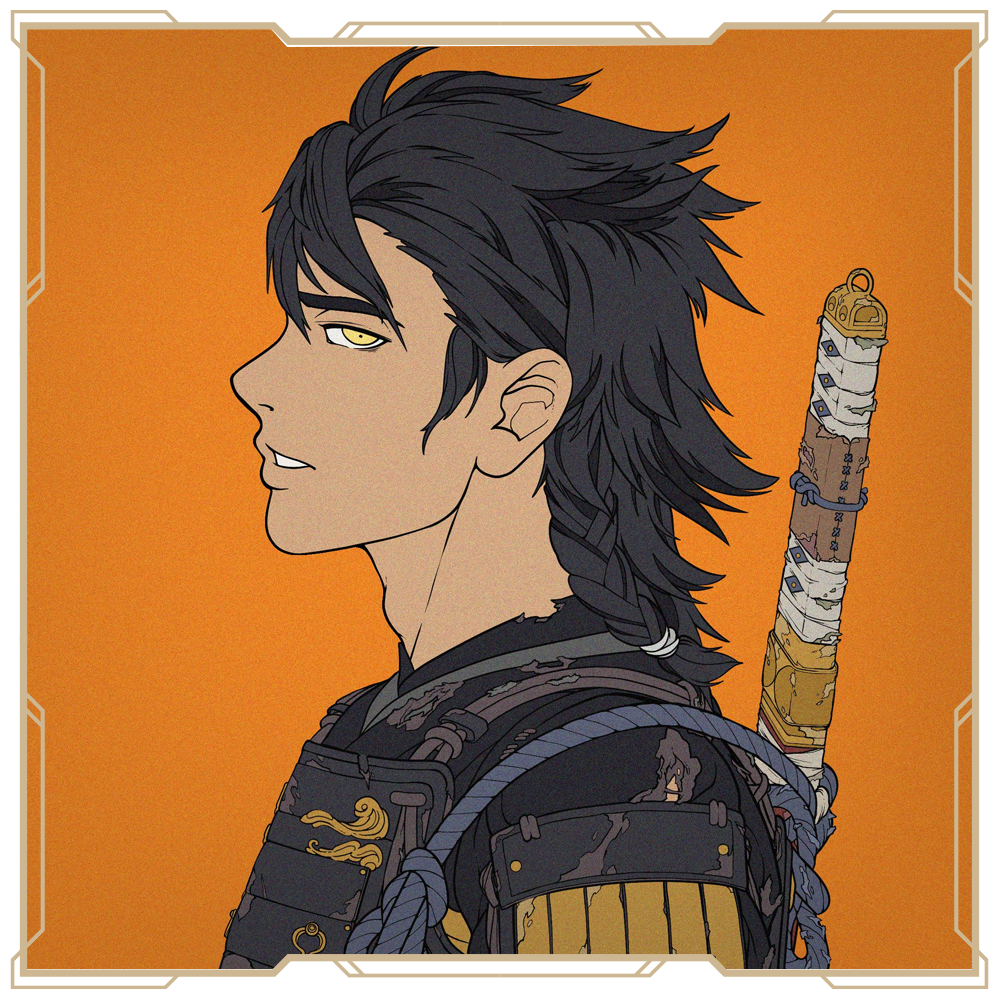 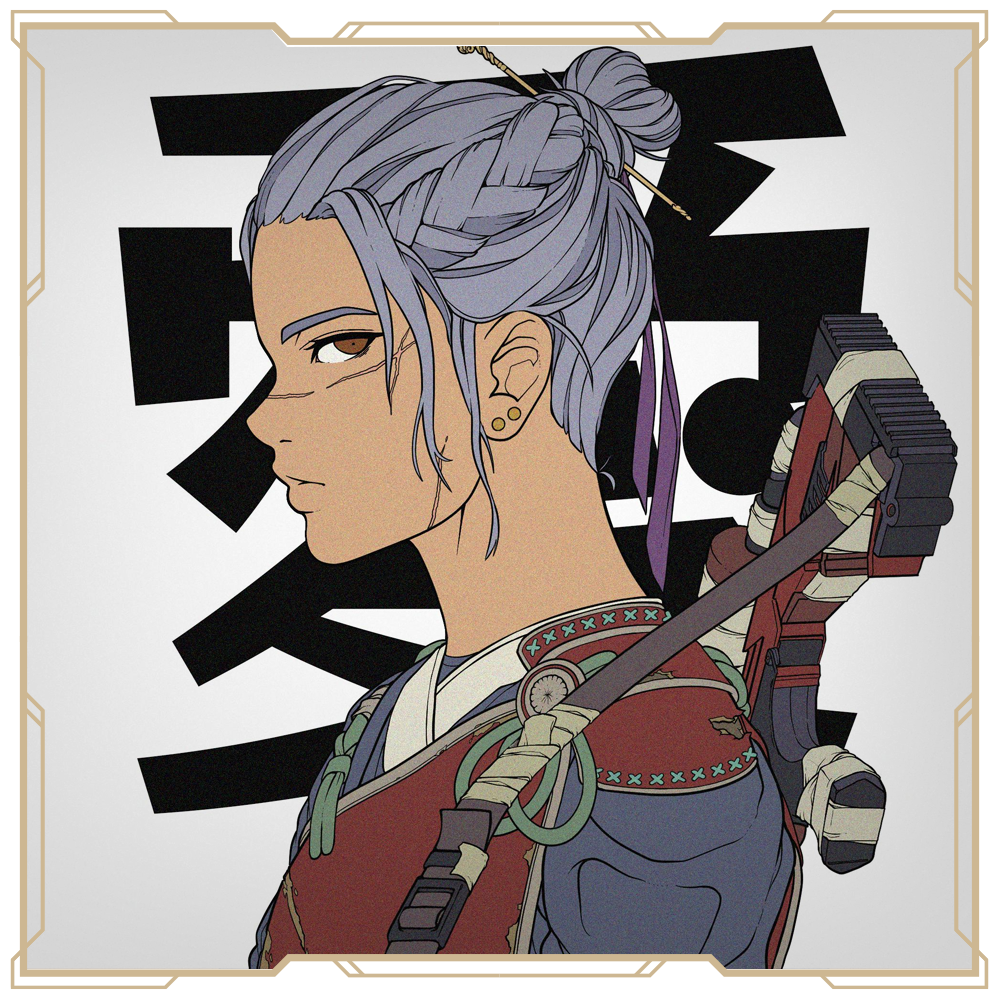 The Songai, in utmost harmony with nature, unchanging like the mountains they live in, became the Mongols.
‍
Their teachings embody a surrender to nature and what they call ‘the way.’ Within a discipline of ‘the way,’ they are gifted by nature spirits with spiritual states that guide them along their path. ‘The way,’ for the most part, is peaceful and about one's harmony with their surroundings. Violence takes place in their communities only at a price that the Mongols understand fully. Whether hunting or defending their tribe, handling violent interactions efficiently, but as Mongols are empathic, they often accept the misery carried with them for their entire life.
‍
Mongols are so deeply in touch with nature that their communities are not restricted only to humankind. It is common to enter a Mongol village and encounter wild bears, wolves, and monkeys, living freely and familially.
‍
The pre reveal cards will be split into 3 visible outcomes. Nemesis, Hero, and Ethereal Monarch. This will facilitate your ability to choose your faction in the post purchase marketplace. We advise you to begin forming alliances with those that belong to your side. You will need it. 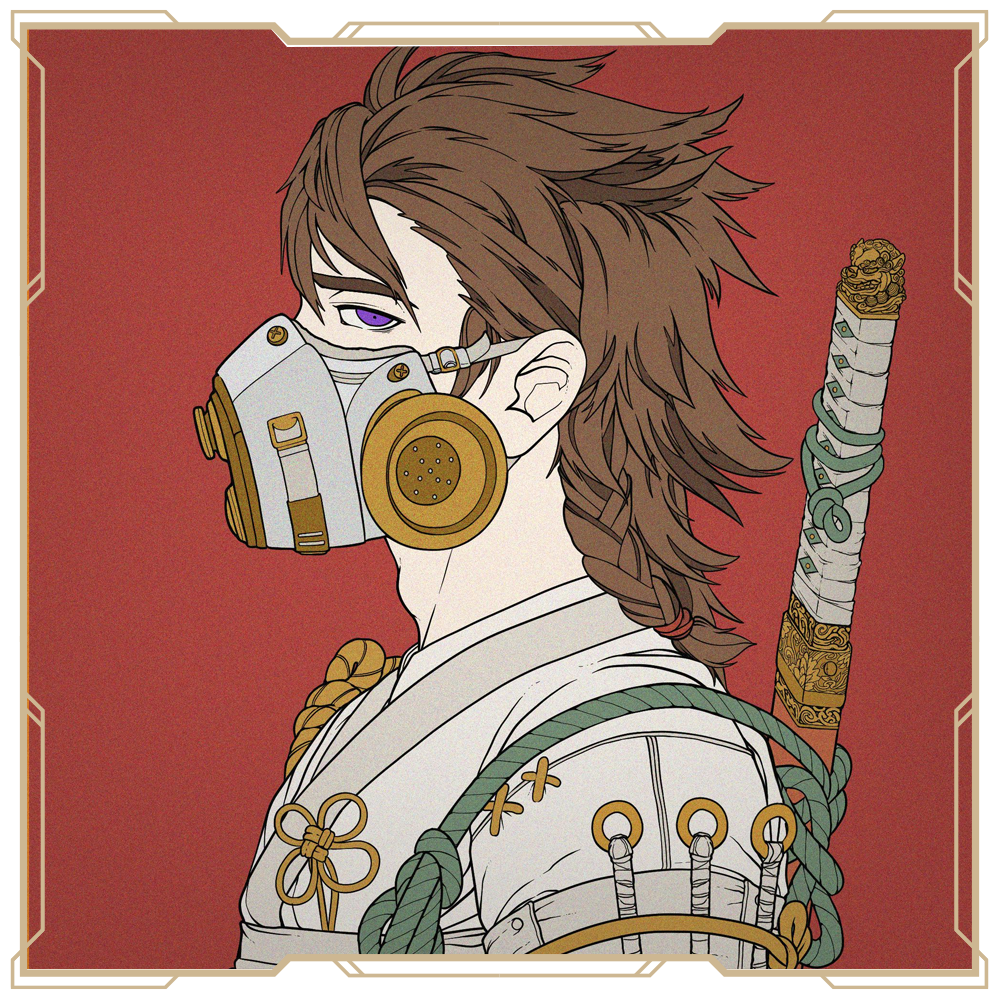 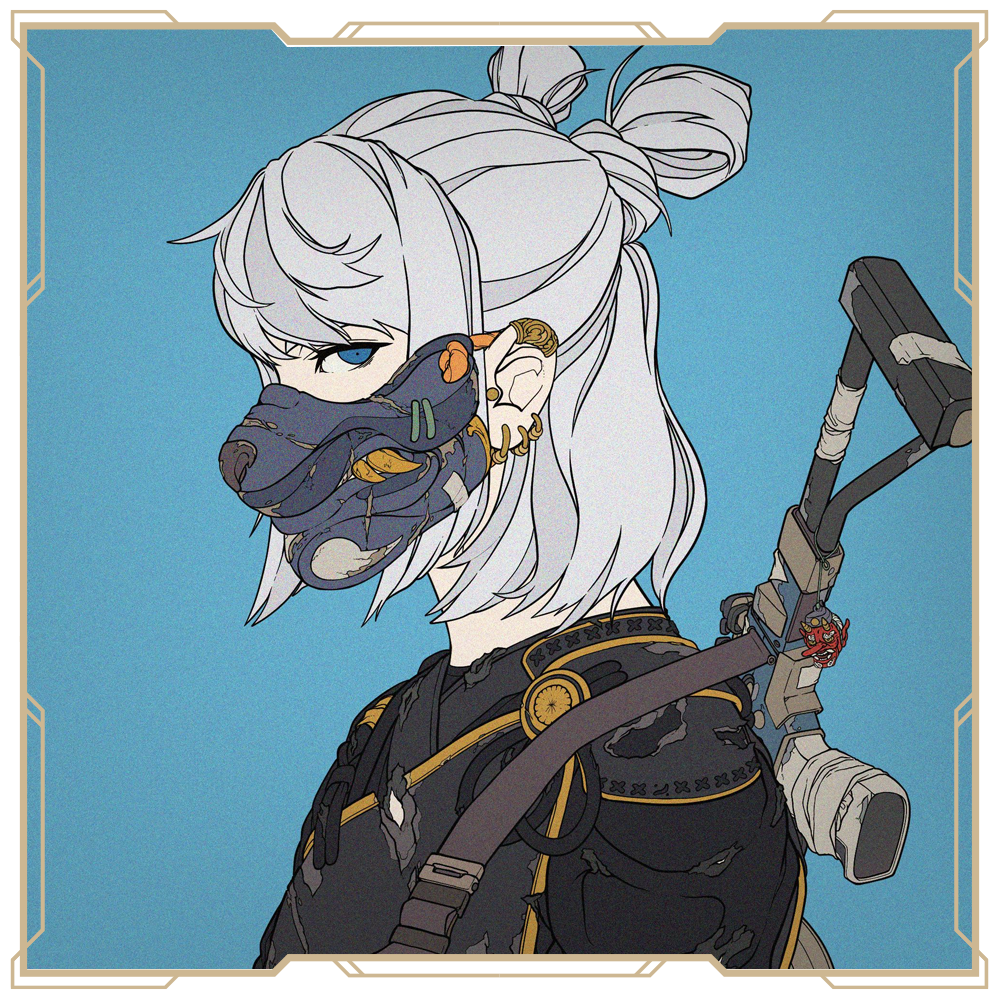