As the holidays approach we feel more merry and excited than ever. Over the last week, we started the Tokyo giveaway trip. For this, we built a custom script to run a list of holders and so far we have 24 hours for the winner to claim the giveaway before it is re-raffled tomorrow.

Based on sprint plans our team has shared we are here with some amazing new updates with regards to our social game, site updates, and more!

This week we also achieved a huge milestone! We reached 50,000 Twitter followers and we are excited to continue introducing people to the NFT anime ecosystem! We currently have a 50k Twitter giveaway taking place so make sure to take advantage of it!

Our goal is to have the Divine Tribunal begin the second week of January!

Dev Progress: To start the week, we noticed as we we’re working with the original 2D game engine (Pixi.js), There was a clear performance issue. It was actually causing problems with development time because it was slowing down your computer so much that it would even freeze the developer's code editor. Luckily Diversity was able to recreate the features we needed from this 2D game engine using native “DOM” elements in the browser instead of “canvas”. This is a MUCH more efficient way of handling rendered content on the screen as drawing any type of image on the screen is the slowest possible thing you can do.

Moving onto the advancements that have been made, we create a backend UI/Manager to take care of managing the game as well as a “proposal” feature we would like to add to the game experience. This will allow us to poll users based on their NFT holdings so we only get input from true citizens.

Moving onto the advancements that have been made, we create a backend UI/Manager to take care of managing the game as well as a “proposal” feature we would like to add to the game experience. This will allow us to poll users based on their NFT holdings so we only get input from true citizens.

As far as the game is concerned we pretty much have every component in place that we want to use now when it comes to the front-end, we just need to tie them all together and then start executing back-end/server-sided logic with those components.

Finally, a few miscellaneous things. We have the art mixer planned for Wasteland now. Development & the artist have been going back and forth trying to figure out all the edge cases of what artworks with what so we can implement it correctly into the generative art mixer we built for DA, and we’re able to recently implement a new Database ORM that should help us keep schema up to date and help for local deployment between our development team. Lastly, the Tokyo giveaway… There were some concerns from the community saying our other raffle was not transparent enough so Diversity whipped up a script to make it very clear/user-friendly for people to view.

Currency Migration: The development team is faced with the task of currency migration. This includes creating an economic system for the future game itself and discord. Divine Coins you were able to earn in the game will be available on the discord and vice versa.

However, this complex task requires a thoughtful approach. Because of this, our team decided to divide the task into two parts:

This week we have been updating existing software. Many aspects of which are no longer relevant and require urgent revision. Furthermore, we added some new features closely related to the future game. In addition to the code part, we also touched on the graphical component to make your experience even more enjoyable. Especially for you, I have prepared some sneak peeks: 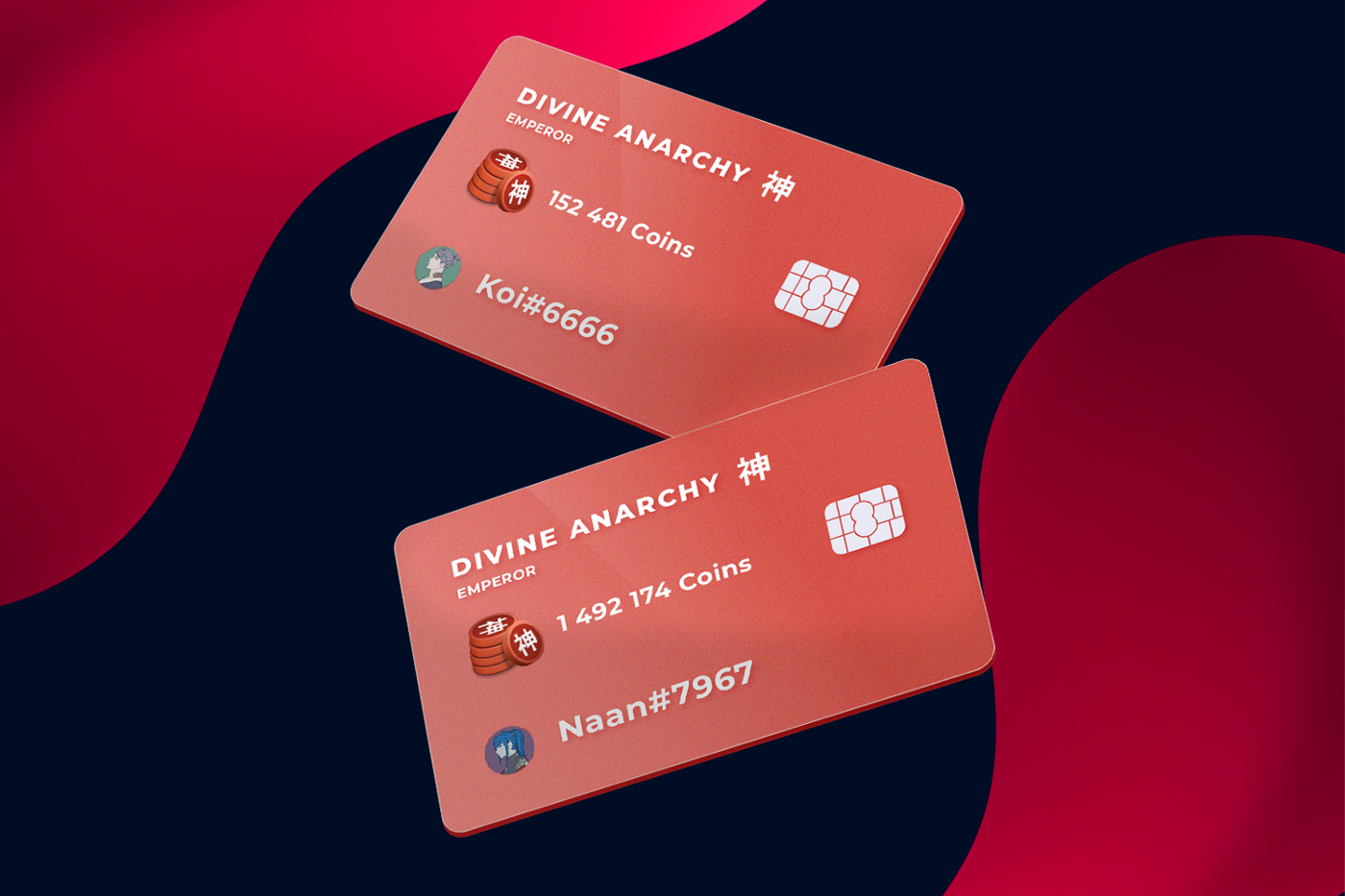 These are redesigned personal wallets. They will appear as credit cards, the color of which depends on your role. Soon we plan to test the updated software and continue working under the server-side.

The big website update is we have begun to create a 2D map that will slowly progress and be incorporated into The Divine Tribunal. You will be able to find a brief sneak peek below! 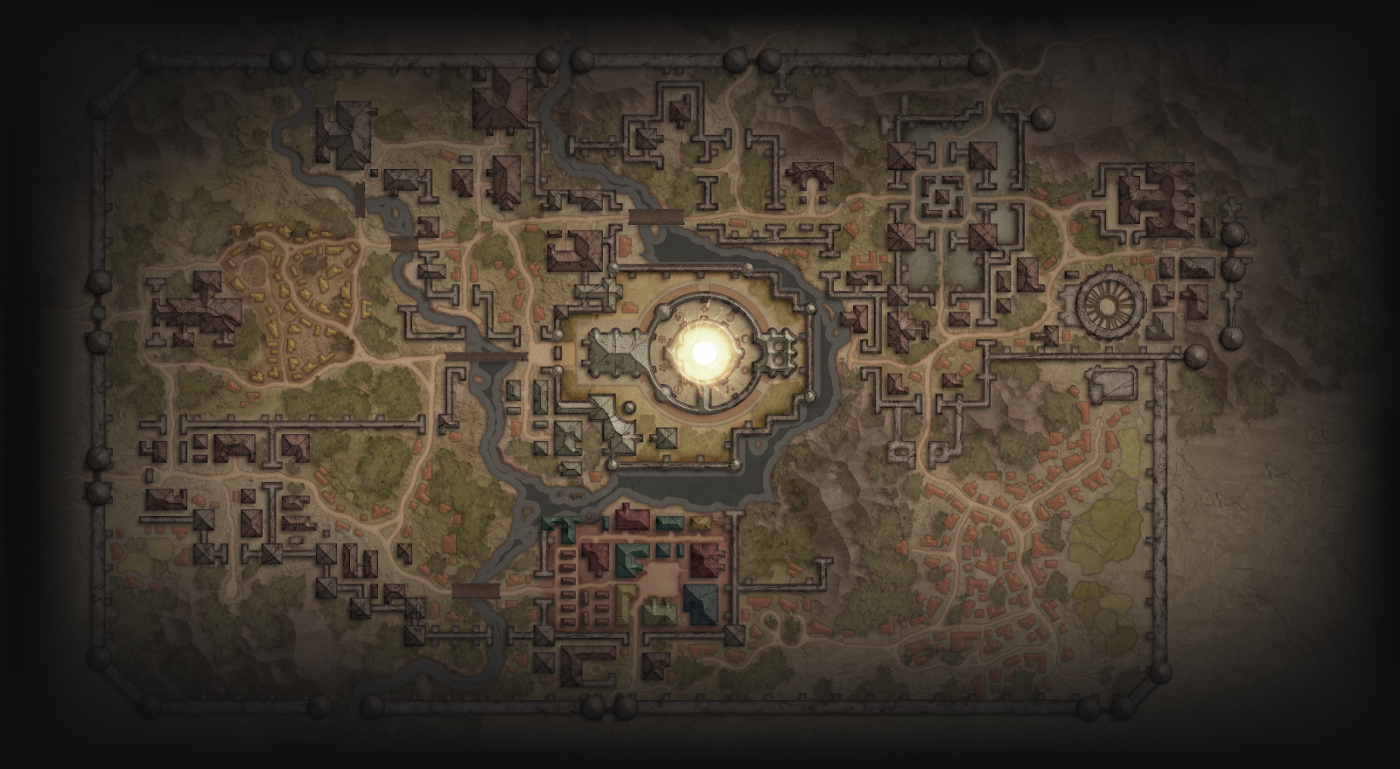 Citizen Spotlight: This week’s spotlight goes to the one and only JonSternNFA formerly known as the “RealThor.” 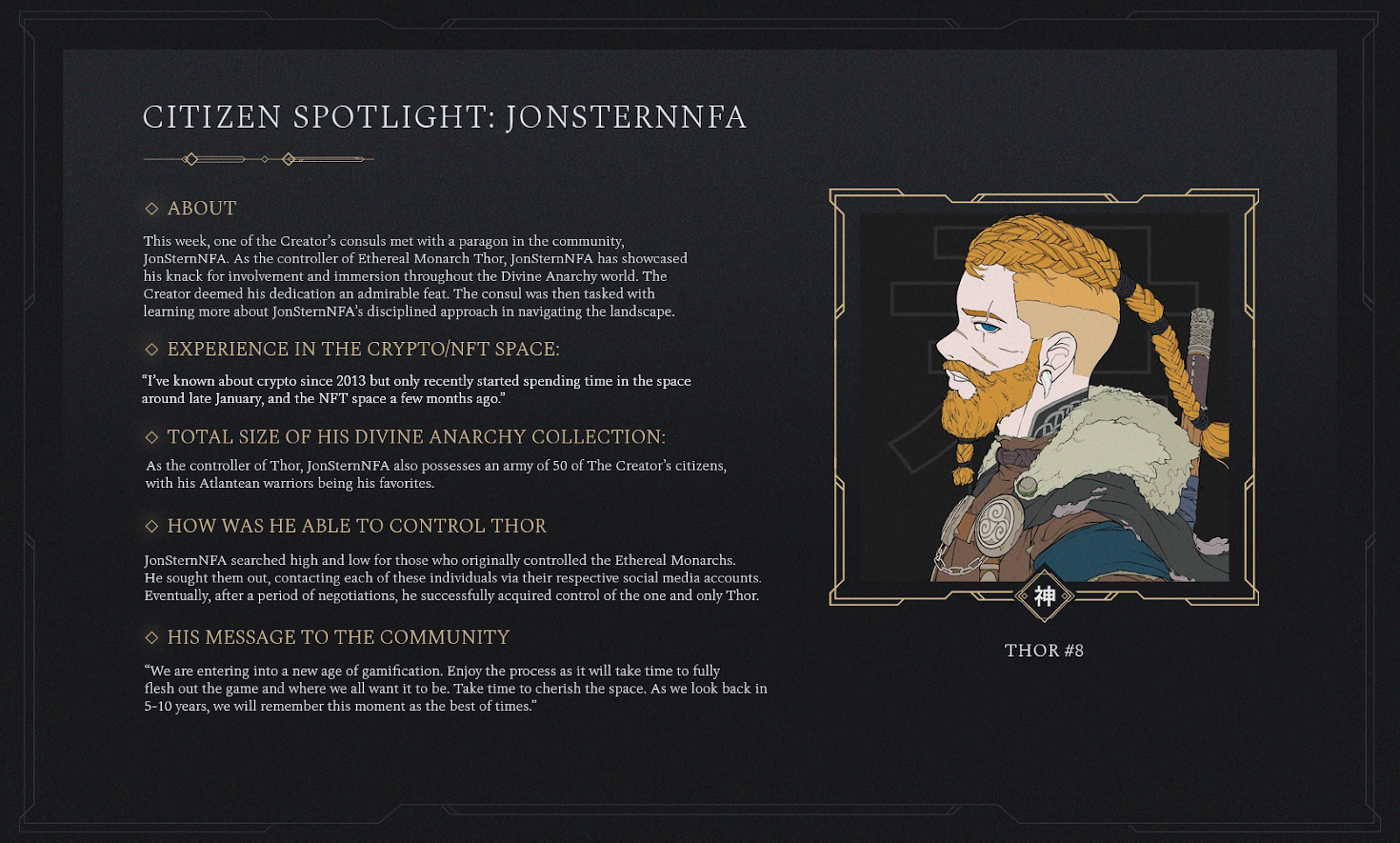 Government Wars: It’s been neck to neck between The Sacred Hand and Divine Republic. As the Government Wars have come to an end and voting has begun, it has been getting harder and harder for the Citizens to pick their favorite. We’ve been seeing new names join in the server and the fun, lots of members have been popping up and being all active during the games, and of course, the mod team has been having so much fun engaging with everyone and gathering coins. We see how strong and warm the DA community really is. The more people join the games, the more they want to stay and be updated on things.

Don’t forget to cast your votes for who you think deserves the title of Champions of the first Government Wars!

Maybe the winning team gets an additional prize along with their 200,000 coins!?

Daily Activities: Our citizens and mod team are always hosting mini-games on our server from poker, to anime nights, trivia, videogames, and more. Come stop by the discord to join in on the fun and start earning coins to use in our in-server shop.

Tokyo Giveaway Winner: The much anticipated Tokyo Trip winner has finally been announced! The latest winner of the re-raffle for the full expenses paid 2 week trip to Tokyo Japan is:

If this is your wallet address come to claim your prize by opening up a support ticket in the Divine Anarchy Discord Server. You have until Dec 20th at 5 pm EST to claim your wallet before we re-raffle the giveaway again.‍

Ceremonial Cups Giveaway: We hit 50K Twitter followers! Thank you so much for everyone’s support. We will be raffling off an exclusive hand-made 1/1 Divine Anarchy Ceremonial Matcha Cups Set created by our very own citizen @Casual_causal.
To qualify please Like, RT, & comment your DA NFT in the Tweet:‍ 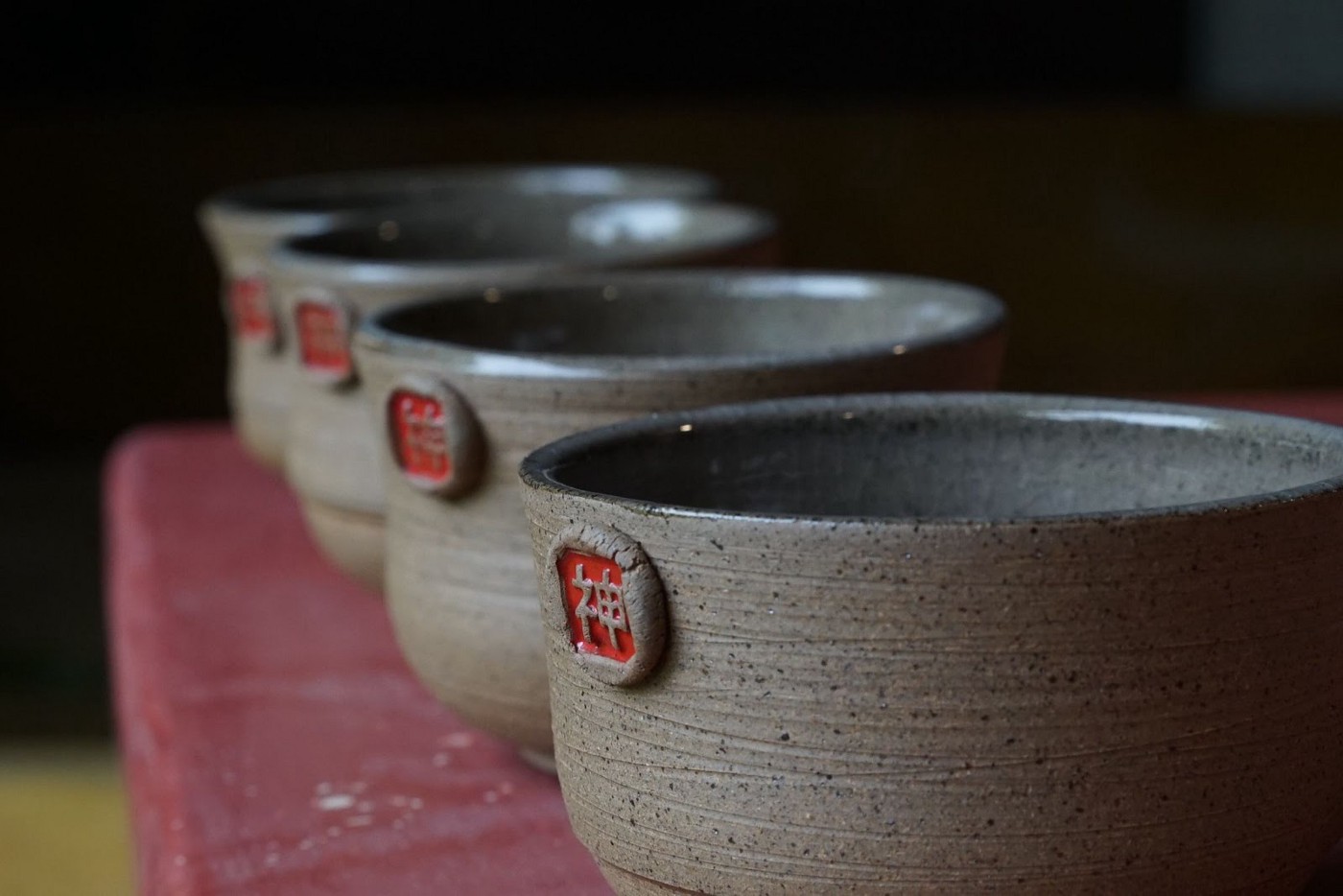 DA Sponsored ESports Athlete: Divine Anarchy has decided to sponsor 4 outstanding esports athletes. This morning we had our first round of tryouts and will have the second round tonight at 10 pm EST. Finals will be held on December 20th at 10:00 PM. Come check out the potential prospects in our Discord Hangout voice channels and watch the stream live!

The Magic Mushroom Clubhouse will be hosting a video game tourney on Dec 25th which will be the first debut of the DA official esports team.‍

Twitter: We hit 50.4k followers this week. A huge milestone. Thank you, everyone!‍